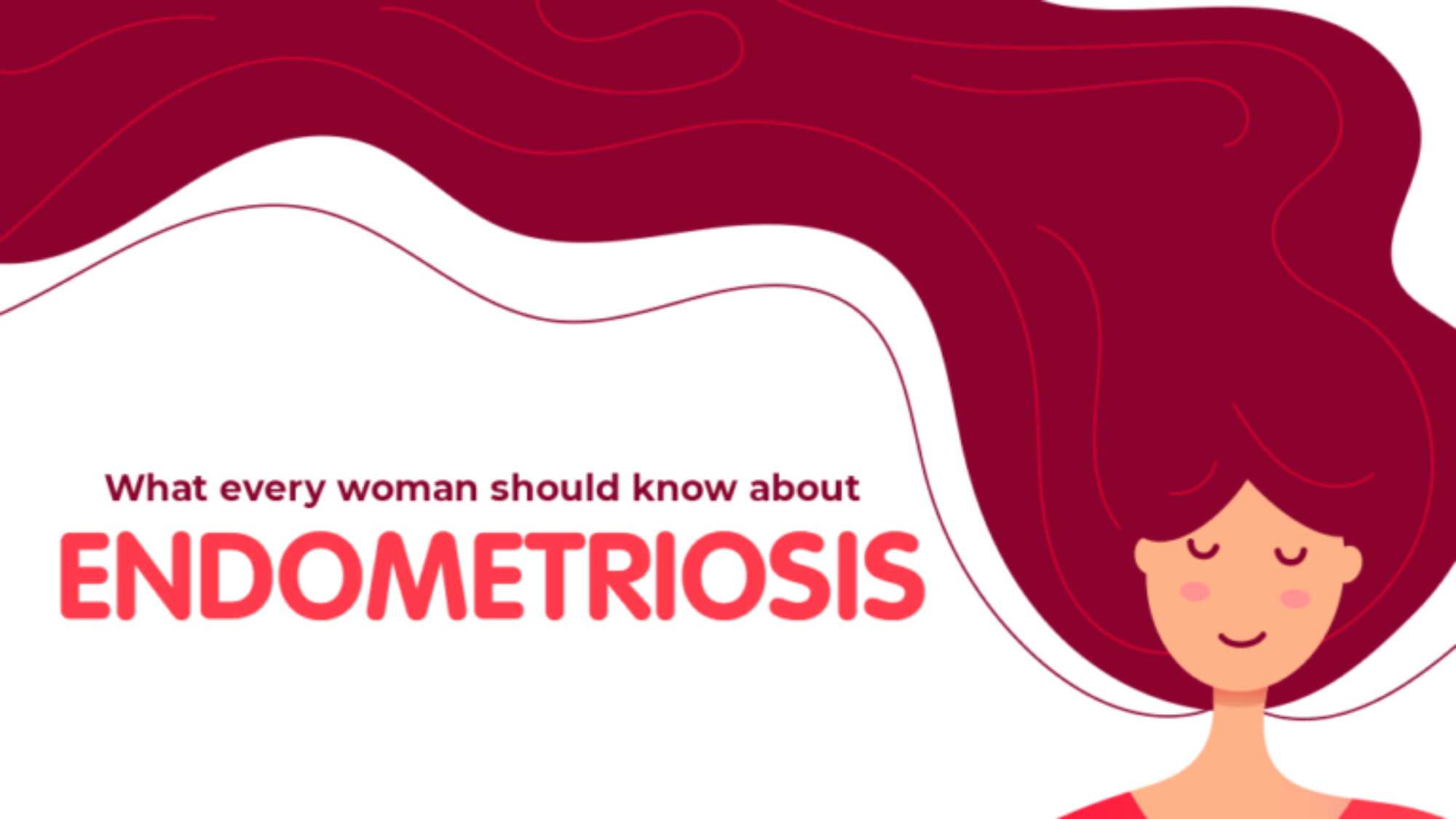 by admin
YOUR LADY BITS

The uterus, or womb, is lined with a special tissue called the endometrium. Sometimes this tissue develops outside the uterus. This condition, called endometriosis, has been recognized for more than 100 years. Although many theories exist as to its cause, none of these is universally accepted.

This page contains general information about what endometriosis is, what symptoms it causes, and how it is diagnosed and treated. Your physician will discuss your own case with you, and will recommend the therapy that meets your particular needs.

Because endometriosis is a disorder of the female reproductive organs an understanding of what these organs are and how they work is important.

The uterine lining or endometrium is shed during each menstrual period. During pregnancy, this endometrial tissue is the site of implantation of the fertilized egg.

The Brain and Hormone Regulation

The female reproductive cycle is controlled by the brain through the pituitary gland situated at the base of the brain. The pituitary is stimulated by the brain to release certain hormones that, in turn, stimulate the ovaries to produce eggs and secrete estrogen and progesterone, the female sex hormones. These hormones control breast development and other female characteristics, the menstrual cycle and the preparation for and support of pregnancy.

The menstrual cycle, usually about four weeks long, prepares the uterus for possible pregnancy. The estrogen and progesterone secreted by the ovaries cause the endometrial tissue lining the inside of the uterus to grow and thicken, and to develop  glands and blood vessels that will provide a nourishing environment for the fertilized egg. At about the sixth day of the cycle, just after menstruation has ceased, the endometrium is no more than one millimeter thick, but it grows so rapidly that it may be as much as ten times thicker by day 14. Ovulation takes place at about this point, as the ovarian follicle breaks open to release the egg (ovum) that has been developing in the ovary.

If the egg is fertilized, it completes its journey through the fallopian tube, passes into the uterine cavity, and attaches to the thickened endometrium on about day 22. Menstrual periods then cease until after delivery.

If the egg is not fertilized, estrogen and progesterone level decline and the thickened endometrial tissue breaks down. Menstruation takes place as blood and endometrial tissue are discharged through the vagina. The complete cycle, beginning with pituitary stimulation of the ovaries, then begins again. 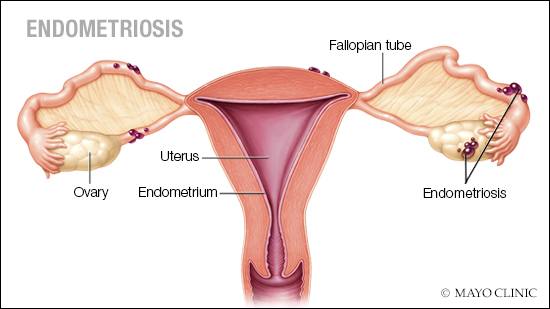 If left untreated, endometriosis can progress and will continue to respond cyclically to hormonal stimulation unless the woman becomes pregnant or reaches menopause (times at which the monthly cycle is interrupted temporarily or permanently.

What Are the Symptoms of Endometriosis?

The symptoms of endometriosis vary considerably…

1) the most common symptom by far is pain during menstruation;

2) other major symptoms of endometriosis are:

However, many women with endometriosis experience none of these symptoms and the problem may only be suspected during a physician’s examination.

How Does My Physician Know I Have Endometriosis?

Symptom-free endometriosis may be discovered during a routine pelvic examination or surgery for some other condition. Alternatively, your physician may suspect endometriosis if you have any of the above symptoms, and will do a physical examination. a pelvic examination alone may strongly suggest the diagnosis, and other tests may be needed. Your physician may perform an ultrasound – or sonogram – examination to identify endometrial tissue outside the uterus. This procedure is performed at a hospital or radiologist’s office.

To confirm the diagnosis, your physician may perform a laparoscopy. In this procedure, which is usually done on an outpatient basis and is performed under general or local anesthesia, a thin viewing instrument called a laparoscope is inserted through a small incision may be made for insertion of another instrument used as a probe or used to remove a small sample of tissue. This sample can then be examined to confirm the diagnosis of endometriosis.

How Does My Physician Treat Endometriosis?

There are two natural occurrences which often improve the signs and symptoms of endometriosis: pregnancy and the menopause. During pregnancy, ovulation and menstruation cease and the symptoms of endometriosis may be temporarily relieved. Following menopause, the ovaries permanently stop secreting the female sex hormones, and all endometrial tissue naturally withers. This usually occurs when the woman is in her 40s or 50s.

The major goals of treatment are:

Major surgery – removal of the uterus and ovaries eliminates the source of the hormones that cause endometrial tissue to grow and bleed.

Conservative surgery – scar tissue and as much of the endometrial tissue as possible are removed, while preserving the reproductive organs.

Hormonal drugs – the administration of hormonal drugs can shrink the endometrial tissue and eventually cause it to disappear.

Combination treatment – often, a combination of hormonal drugs and conservative surgery is recommended.

Today, the outlook for the woman with endometriosis is far better than it was in the past. Using modern diagnostic techniques and treatment methods, your physician can choose the method of treatment that will most likely be successful for you. Your physician will be happy to answer any question you may still have about endometriosis and its treatment. Please contact Dr. Gan if you have any concerns and need to schedule an appointment here.