WOMEN’S HEALTHCARE BASED ON EXPERIENCE AND A WOMAN’S UNDERSTANDING

A LITTLE ABOUT MYSELF

I completed my basic schooling in Penang. Thereafter, I was awarded a scholarship by the Singapore government to pursue a medical degree at the University of Singapore. After my graduation, I worked at different hospitals in Singapore before coming back to Penang to work at the Penang General Hospital. It was there that I had my basic training in the Department of O&G (Department Of Obstetrics and Gynaecology), a busy department with 10,000 deliveries per year.

I then spent a year in the United Kingdom, initially at King’s College Hospital and subsequently at Derby City Hospital. Further postgraduate training in Gynaecological Oncology was attained at the Mayo Clinic and at the University of California (lrvine) in the United States. I was subsequently made the Head of the O & G Department in Penang General Hospital. 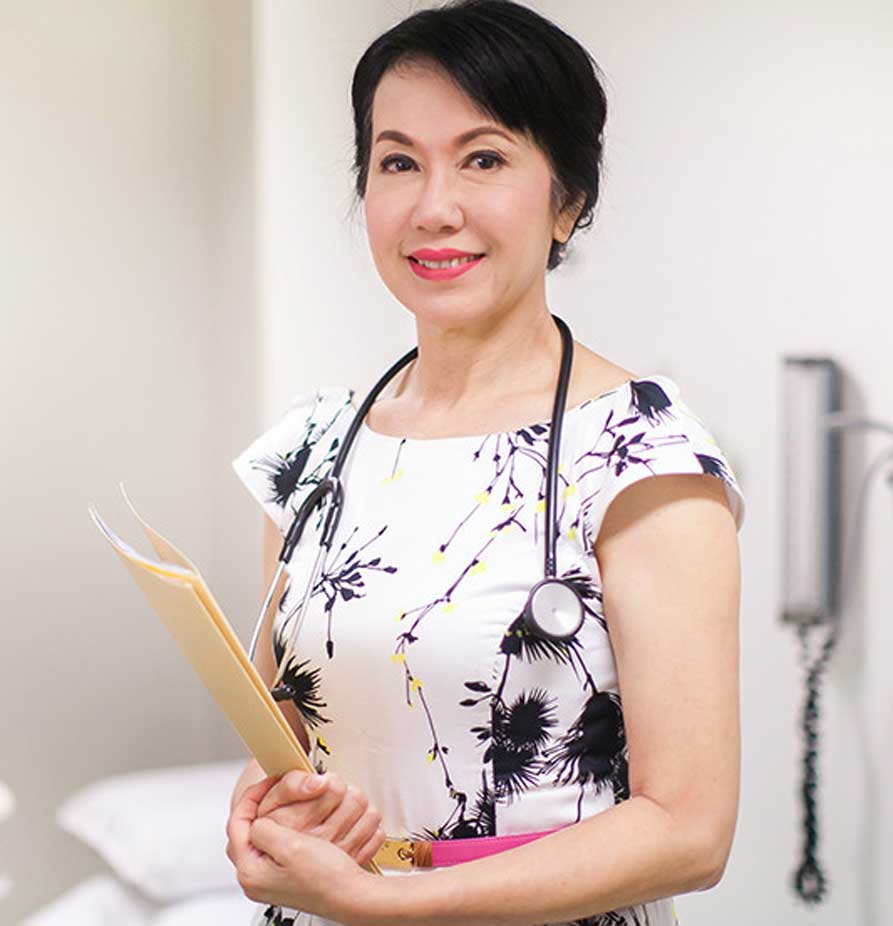 I joined Gleneagles Penang in 1990 and started several procedures, including laparoscopic surgery in 1992. In 2000, I was made a Fellow of the Royal College of Obstetricians & Gynaecologists.

I, in collaboration with the Melbourne Fertility Services (M), started the IVF Laboratory which is situated in the premises of Gleneagles Penang in 2000. I am currently the Executive Director of the IVF Laboratory. I’m known as one of the foremost leaders in laparoscopic surgery and an IVF clinician in the region.

Despite my hectic schedule, I enjoy active social work. I have been a volunteer for the Family Planning Association since 1982. I’m also a Committee Member and Hon Gynaecological Adviser & Consultant of Women’s Issues to unwed mothers at Women’s Welfare Council.

Most recently in September 2016, I was given the Penang State Award – Distinguished Conduct Medal for having exhibited competence & achieved praiseworthy deeds in my field of obstetrics and gynaecology.

My hobbies include dancing and performing at various functions including fund-raising campaigns.