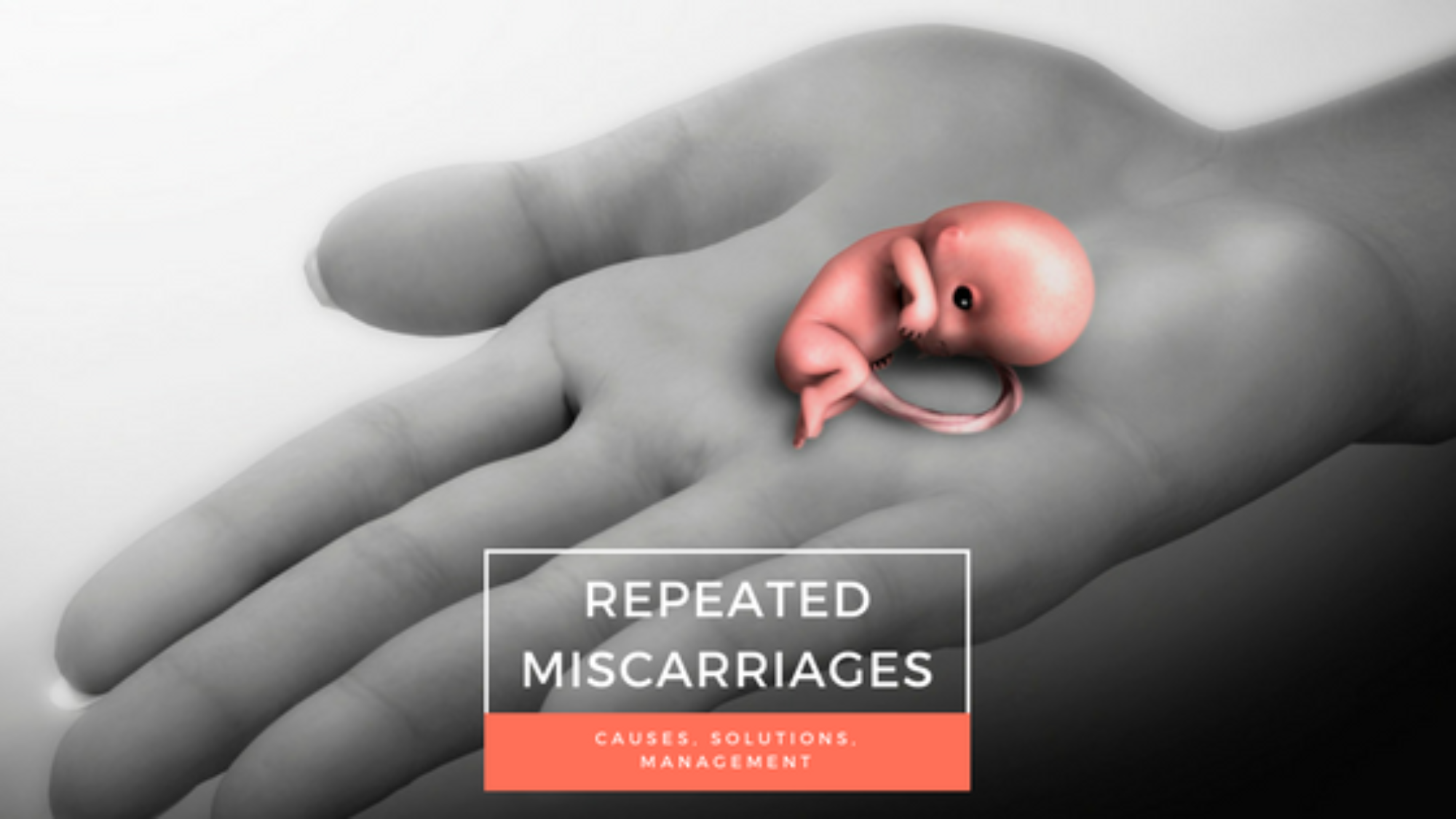 Miscarriages often called spontaneous abortion by doctors, is the loss of a pregnancy before 20 weeks. It occurs in about 15-20% of all pregnancies. Most happen in the first 3 months. Many miscarriages take place before a woman even knows that she is pregnant.

After several miscarriages, you may wonder whether you will ever be able to have a healthy baby. Be hopeful. The chances of having a successful pregnancy are good even after more than one miscarriage. This pamphlet will help you understand the reasons for repeated miscarriage and what can be done to prevent future ones.

It will address the following questions:

Often, the reason for repeated miscarriage is not known. Sometimes, however, it has a definite cause. Examples of known causes include:

If you have had more than one miscarriage, each may have had a different cause.

Over half of miscarriages in the first 13 weeks of pregnancy are caused by problems with the fetus’s chromosomes. Chromosomes are tiny structures inside the cells of the body. Each carries many genes, the basic units of heredity. Genes determine all of a person’s physical makeup, such as sex, hair and eye colour, and blood type.

Problems with the number or structure of chromosomes, or with the genes they carry, can lead to miscarriage. Often this is nature’s way of ending a pregnancy in which the fetus was not growing normally and would not have been able to live.

Illnesses in the Mother

Certain illnesses in the mother have been linked to a greater risk of repeated miscarriage:

Treatment of some of these illnesses can improve the chances for a successful pregnancy. This is especially true if they were under control before a woman became pregnant. Other illnesses may need special care or monitoring during pregnancy.

Progesterone is a hormone that prepares the lining of the uterus during the second half of the menstrual cycle to nourish a fertilized egg. If the egg is not fertilized, it is shed with the uterine lining during the menstrual period. If the egg is fertilized, hormones continue to prepare the uterus for pregnancy. Early in pregnancy, it is important that enough progesterone is made to maintain the pregnancy. Otherwise, miscarriage will occur. If tests show that a woman’s body is not making enough progesterone, her doctor may prescribe supplements to correct the problem.

Disorders of the Immune System

The immune system is designed to recognize and attack foreign substances within the body. Antibodies are formed to help the body fight off disease and heal itself in case of infection. Normally, the mother’s body protects the “foreign” fetus from attack by her own antibodies. It is thought that this protection may be absent in the blood of some women who have had a repeated miscarriage.

Abnormalities of the Uterus

Several abnormalities of the uterus, most of which can be treated with surgery, are linked to repeated miscarriage:

Congenital abnormalities: These are defects present from birth. For example, a woman may have a uterus that is divided into two sections by a wall of tissue (septate uterus).

Pregnant women who smoke also have a greater risk of miscarriage than those who do not smoke. Heavy use of alcohol and use of illegal drugs, especially cocaine, may also increase the risks. It is possible that exposure to high levels of radiation or toxic substances may be a factor in repeated miscarriage.

Because repeated miscarriage has many possible causes, your doctor will need a great deal of information to diagnose the problem. You will be asked about your medical history and past pregnancies, as well as your lifestyle and work setting. A complete physical exam, including a pelvic exam, is also important.

Your doctor may also suggest some or all of these tests:

Endometrial biopsy: In this procedure, a sample of the tissue that lines the uterus is taken and looked at under a microscope.

Hysterosalpingography: This is an X-ray of the uterus and fallopian tubes. It is taken after the organs are injected with a small amount of fluid.

Hysteroscopy: In this procedure, the doctor inserts a hysteroscope—a thin, telescope-like instrument—through the vagina and cervix to view the inside of

the uterus. Hysteroscopy is minor surgery that can be done with general, local, or in some cases, little or no anaesthesia.

Laparoscopy: This is a surgical procedure in which a slender, light-transmitting instrument, the laparoscope, is used to view the pelvic organs.

Ultrasound: In this procedure, sound waves are used to examine the fetus or view the internal organs.

Sometimes the problem that caused the miscarriages can be treated. Surgery may be effective for some problems of the uterus and cervix. Treatment with antibiotics can cure infections. Hormone treatment may help in some cases.

What You Can Do

If you have had a repeated miscarriage, future pregnancies should be planned, diagnosed early, and watched carefully. You can improve your chances of having a successful pregnancy in the future by doing the following things:

Even if you have had repeated miscarriages, you still have a good chance to have a successful pregnancy. This is true even if the cause of the past pregnancy losses cannot be found.

Future pregnancies will need prompt, early evaluation. Your doctor will check your pregnancy closely and provide any special care you may need as your fetus grows.

If you need advice regarding repeated miscarriages, please feel free to schedule an appointment to see Dr. Gan.