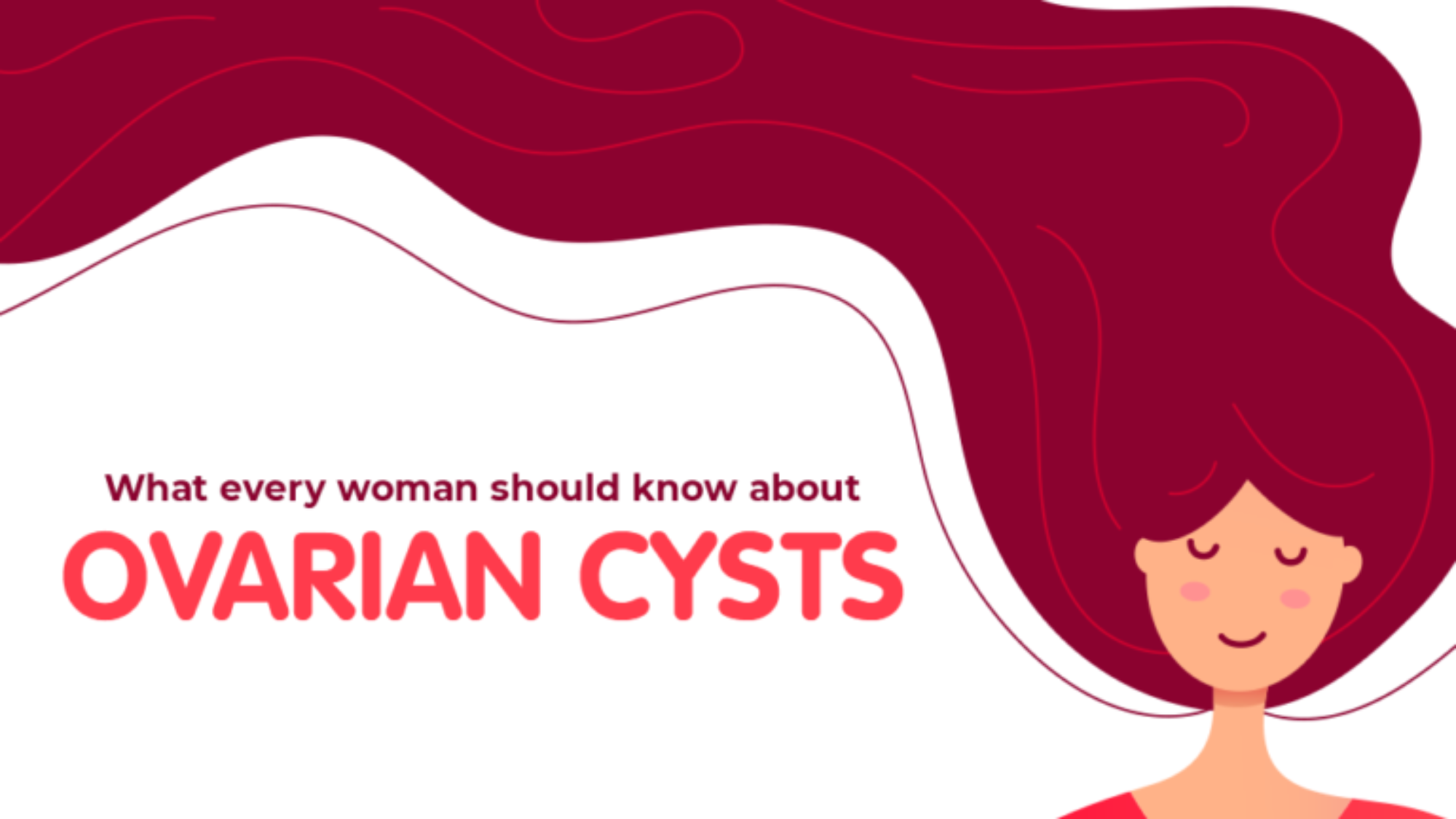 by admin
YOUR LADY BITS

Ovarian cysts are growths that form on the ovaries, the two small organs one either side of a woman’s uterus that produce an egg each month. Ovarian cysts are very common in women during their reproductive years. Some types of ovarian cysts are normal and usually harmless, often going away without any treatment. Other cysts are abnormal and may cause problems.

Types and Causes of Ovarian Cysts

The most common type of ovarian cysts is called a functional cyst. It is formed from a cyst-like structure normally produced in an ovary during the course of ovulation. If this structure doesn’t go through its normal cycle and eventually dissolve, a functional cyst may be formed. Functional cysts usually don’t cause symptoms or require treatment. Normally they stop growing, shrink, and disappear within one, or at the most three, menstrual cycles. These cysts are common in women who menstruate, but they are rare in women who have reached menopause, when menstrual period ends, because no more eggs are being produced.

Others Types of Cysts

Functional cysts are normal and must be distinguished from abnormal cysts by a doctor. These other, abnormal ovarian cysts are more likely to cause problems and usually require treatment:

These types of cysts are usually benign or noncancerous. Although benign cysts may cause problems or symptoms that require treatment, they usually don’t spread to other parts of the body. A few cysts, though, may turn out to be malignant, or cancerous tumors. For this reason, all cysts must be evaluated carefully. Although the risk of ovarian cancer is very small, it can be treated more successfully if it is found early. Ovarian cancer is not very common in women before menopause. Women who have an ovarian cyst between the ages of 50 and 70 are at a higher risk for ovarian cancer. It is especially important that these women have regular pelvic exams so if cancer is found it can be treated right away.

Although most ovarian cysts don’t cause any symptoms, when symptoms do occur there may be a dull ache or a sense of pressure or fullness in the abdomen. Ovarian cysts may cause pain during intercourse or at other times.

Severe pain sometimes requires hospitalization. Pain or pressure may be caused by a number of factors:

Ovarian cysts are often first found during a pelvic exam performed routinely, as a regular part of a woman’s health care, or for some other unrelated reason. Through a pelvic exam, a cyst can be found before it becomes large that it ruptures or undergoes torsion, causing pain or other symptoms. If your doctor detects what may be an abnormal ovarian growth during a pelvic exam, other tests may be performed to confirm the diagnosis.

Ultrasound is a test in which sound waves are used to create pictures of the internal organs. An electronic device is moved over the abdomen or placed in the vagina, creating echoes that are then turned into images that can be viewed on a TV-like screen. Ultrasound may be used to determine whether an ovary is enlarged and whether a growth on an ovary is solid or filled with fluid.

Laparoscopy is a surgical procedure that allows doctors to look inside the abdomen at the ovaries and other pelvic organs. The laparoscope, a slender instrument somewhat like a telescope, is inserted into the abdomen through a small incision made through or just below the navel.

Using a light attached to this instrument, the doctor looks through an eyepiece to examine the ovaries, uterus, and fallopian tubes. With a laparoscope, a doctor can sometimes stop bleeding from cyst, test for an infection, drain the fluid from a cyst, take a sample of the tissue so that it can be examined in the laboratory.

Treatment of ovarian cysts will depend on several factors, including the size and type of the cyst, a woman’s age and overall state of health, her plans to have children, and whether she is having any symptoms. If a cyst is found early, less extensive treatment may be needed.

If a young woman has a small cyst that is not having any symptoms, a doctor may decide to wait two to three menstrual cycles before treating it to see if it goes away. Most functional cysts will go away without treatment after 1-3 months.

In some cases a doctor may prescribe hormones (such as birth control pills) to “shrink” the cysts. Since contraceptives prevent ovulation, functional cysts are very rare in women taking the pill. Although the pill does not prevent other types of benign cysts, it does some protection against malignant, or cancerous, ovarian cysts. The chances of new cysts forming are decreased when oral contraceptives are taken, because ovulation is prevented.

The types of surgery that are needed will depend on several factors. If a cyst is found early, chances are that surgery will be less extensive. Sometimes a cyst can be removed while leaving the ovary intact. In other cases, one or both ovaries may have to be removed. In still other situations, more extensive surgery, such as hysterectomy (removal of the uterus), may be needed.

Your doctor will give you as much information as possible before any proposed surgery. Occasionally, the extent of the necessary surgery cannot be known until the actual time of the operation. You need to discuss this with your doctor.

If You Have Ovarian Cysts

Because ovarian cysts often do not cause symptoms, it is important to have regular pelvic exams if you have ever had abnormal ovarian cysts. If you had cysts in the past, you are more likely to develop them again at some point than someone who has never had them at all.

If cysts are found early, they may be less likely to cause more serious problems:

If you have had ovarian cysts in the past, follow your doctor’s advice and continue to have regular checkups that include pelvic exams. Remember to be alert for symptoms of fullness, pressure, or discomfort in the abdomen. If you are past menopause, regular pelvic exams become even more important to detect cysts that may be causing no symptoms but that may be more likely to become malignant.

Ovarian cysts are very common in women during their reproductive years. Most cysts found at this time turn out to be harmless. Even so, your doctor will want to keep track of the growth of any cyst to be certain that it does not persist or cause symptoms. A cyst that appears suspicious may have to be removed and studied to find out what type of growth it is. In some cases surgery may be needed to relieve symptoms.

If you have ovarian cysts, you probably have many concerns. Talking these over with your doctor will help. Together you can work to reduce the chances of further problems and keep yourself as healthy as possible. Please contact Dr Gan if you have any concerns and need to schedule an appointment here.