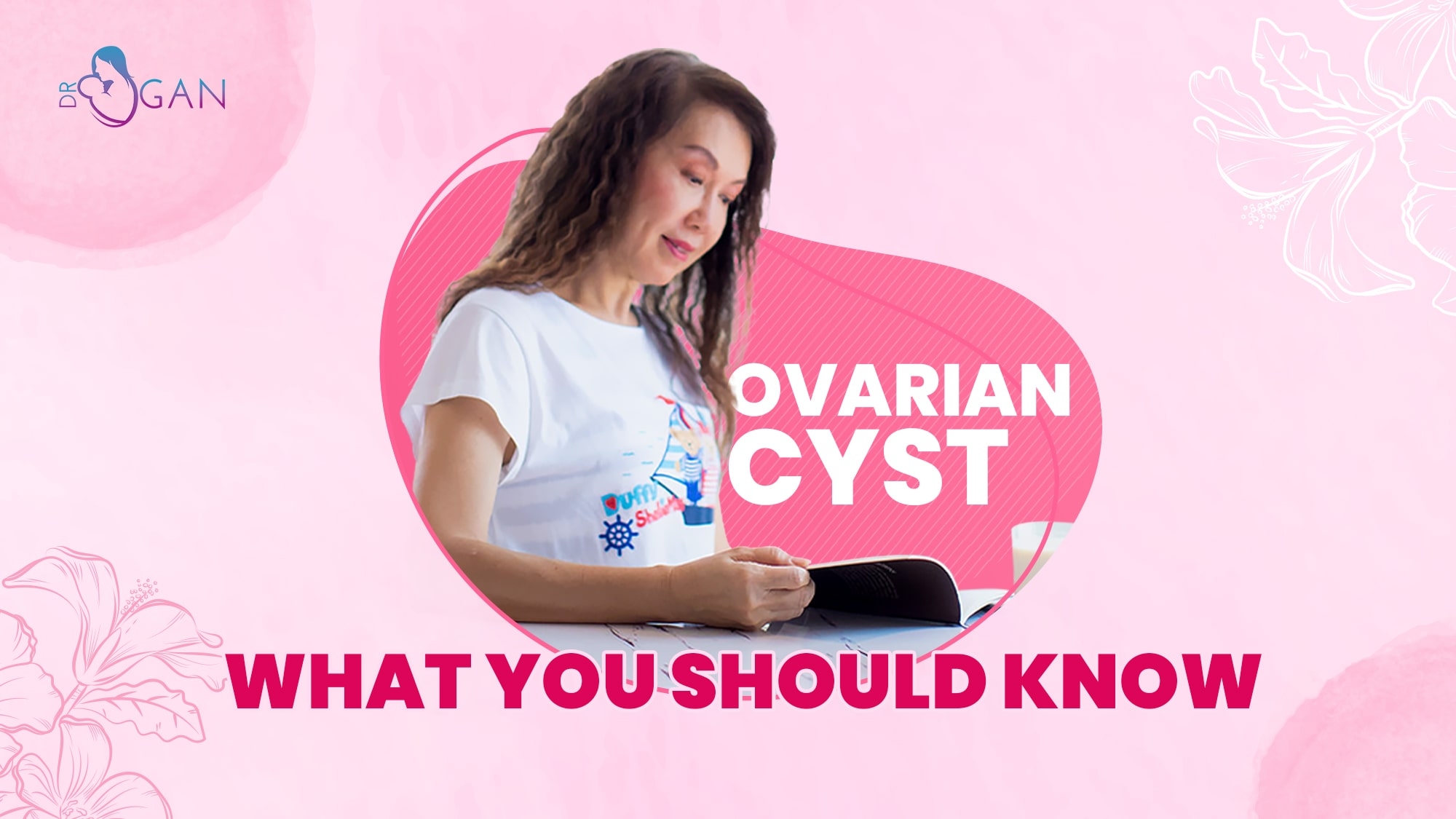 Ovarian cysts are fluid-filled sacs that form on the ovaries during women’s reproductive years. Most ovarian cysts are normal and usually harmless, often going away without any treatment. Other cysts are abnormal and may cause problems.

This pamphlet will give you some information about ovarian cysts-what they are, their causes, symptoms, and how they can be treated.

Types and Causes of Ovarian Cysts

Some types of ovarian cysts are formed due to the normal process of ovulation- the monthly release of an egg from an ovary. While abnormal cysts often occur due to an imbalance in the female hormones estrogen and progesterone produced in the ovaries.

Functional cysts are the most common cysts and are produced during ovulation (see figure). Functional cysts normally stop growing, shrink and disappear within one to three menstrual cycles, causing no symptoms and not requiring any treatment. These cysts are common in women who menstruate but are rare in women who have reached menopause.

Other Types of Cysts

Unlike normal functional cysts, these other, abnormal ovarian cysts are more likely to cause problems and require treatment:

Some cysts are benign, but others may turn out to be cancerous tumors. While ovarian cancer is not very common in women before menopause, women who have ovarian cysts between the ages of 50 and 70 are at a higher risk for ovarian cancer.

Most ovarian cysts don’t cause any symptoms. But when they do, symptoms may include abdominal pressure and pain during intercourse or at other times. Pain or pressure may be caused by:

Other possible symptoms include irregular and unusually painful periods and lower abdominal swelling. If you are experiencing the said symptoms, you should consult your doctor.

Pelvic exams can find cysts before they grow large and rupture or undergo torsion. Other tests like ultrasound and laparoscopy may be performed to confirm the diagnosis once an abnormal ovarian growth is detected.

Treatment of ovarian cysts will depend on several factors, including the size and type of the cyst, the woman’s age and her overall state of health, her plans to have children, and whether she has any symptoms. If a cyst is found early, less extensive treatment may be needed.

A doctor may decide to wait for two or three menstrual cycles before treating a small, asymptomatic cyst to see if it goes away.

Surgery may be a need if:

Sometimes a cyst can be removed while leaving the ovary intact. While in other situations, more extensive surgery may be needed. Be sure to consult your doctor and ask for as much information as possible before undergoing any proposed surgery.

If You Have Ovarian Cysts

It is important to have regular pelvic exams if you have ever had abnormal ovarian cysts. If cysts are found early, serious problems like severe pain, worsening endometriosis, and early stages of cancerous cysts can also be addressed early.

Ovarian cysts are prevalent in women during their reproductive years. Even though most cysts turn out to be harmless, your doctor will want to keep track of any cyst’s growth to ensure that it doesn’t persist or cause symptoms. A suspicious cyst may have to be removed and studied. In some cases, surgery may be needed to relieve symptoms.

If you have ovarian cysts, it is best to consult your doctor over your concerns. Together you can work to reduce the chances of further problems and keep yourself as healthy as possible.