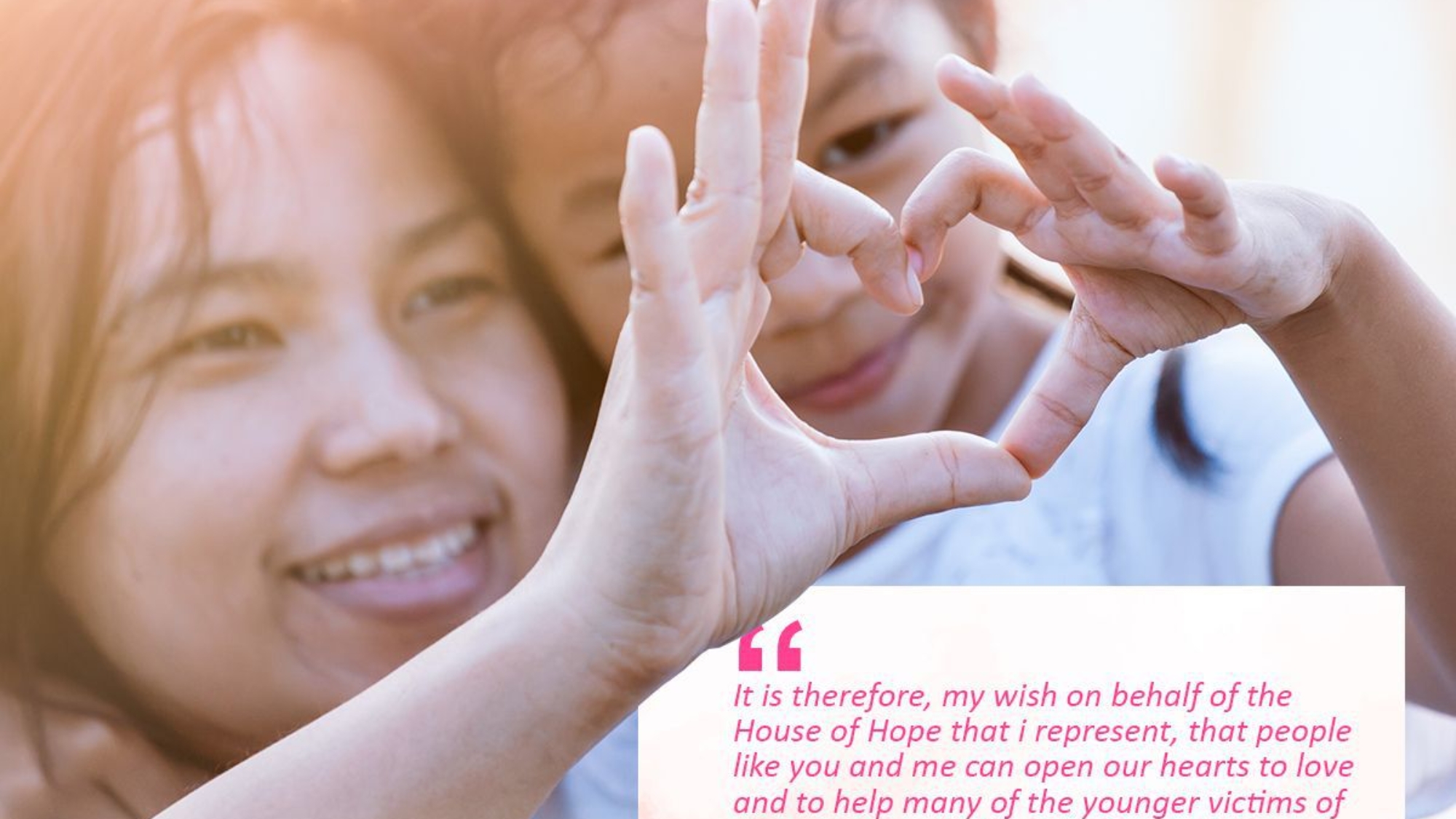 by admin
Hopes and Dreams Contest 2021

Meet Nellie. She’s taller than me. She has striking features. Deep-set eyes, a sharp nose, and a pretty face. She’s street smart and a quick learner.

Nellie was abandoned as an infant, her mother blaming Nellie for her husband leaving her. Nellie was then taken in by her aunty, who took pity on her. Her birth mother still visited but did not visit to see her. She visited to take money from her sister to fuel her drug addiction. Ever so hopeful, Nellie would look forward to these visits and excitedly greet her Mama, only to be told in her face by her mother that she is unwanted and has no relations with her. Imagine growing up like this.

Over time her aunty had a family of her own. Nellie continues to stay with them and helps her aunty out with her younger “siblings”. With a background of rejection and insecurity, Nellie often resorts to desperate acts for attention such as truancy, petty theft, and sometimes anger outbursts. When she was eleven, neighbours reported her to the State Welfare Department, and she was taken away from the only person she knew who loved her unconditionally, her aunt. For two years, she was held at a special institution for such kids and was released at the age of thirteen.

The House of Hope and the team already knew her in her younger days as we were helping her family with necessities and emotional support. We were heartbroken when she was taken away, but there was little we could do. Upon her release, we homeschooled her while we worked with the authorities to get her back into school. Here, in our environment, she thrived. She needed constant reassurance, love, and acceptance. And we tried our best to provide that.

I would love to tell you that this story has a fairy tale ending and that she’s back in school now and everything is ok.

It is, therefore, my wish on behalf of the House of Hope that I represent that people like you and me can open our hearts to love and help many of the younger victims of circumstance and less fortunate that are born into environments and situations that they did not choose.