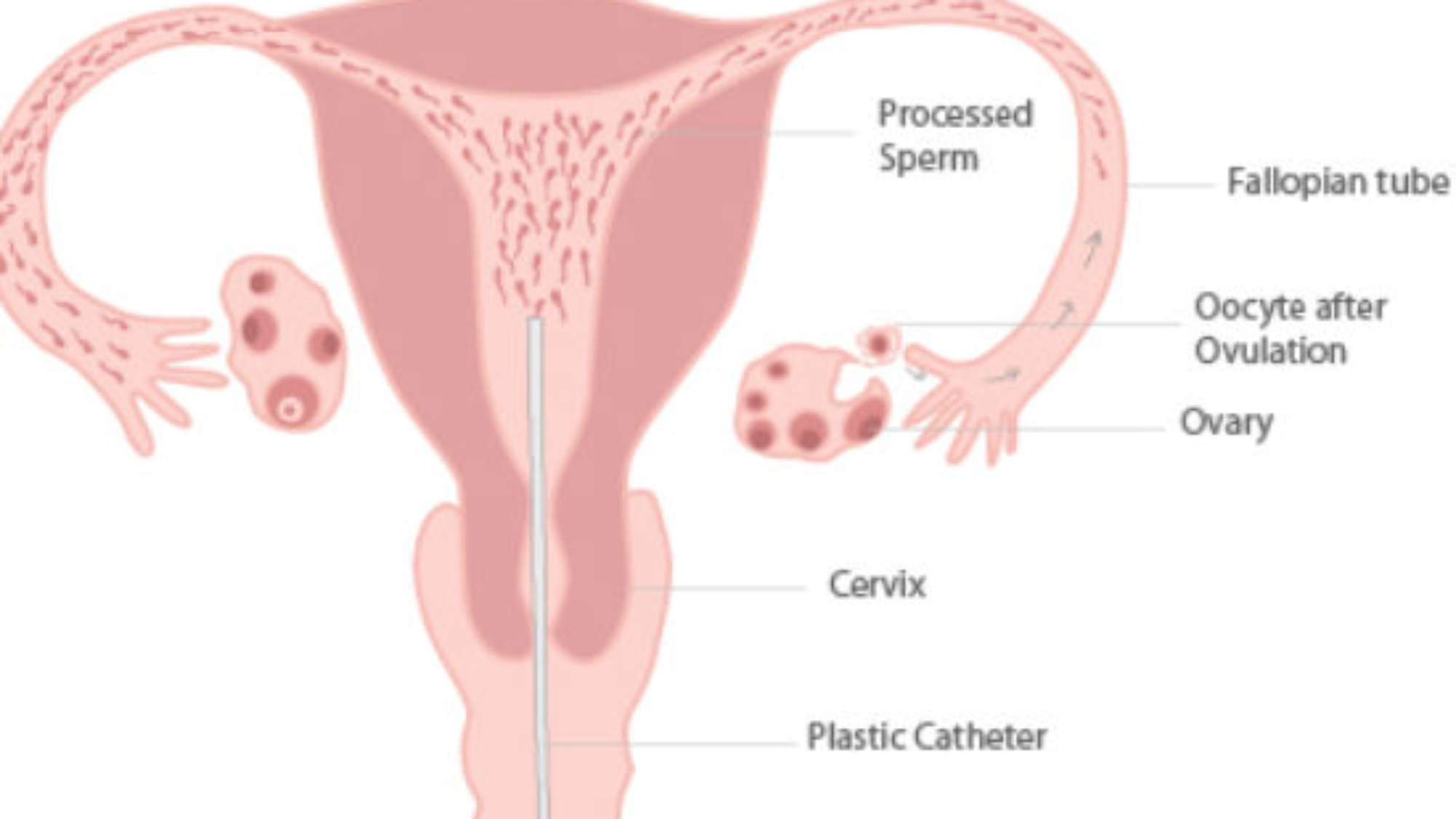 A : An IUI – intrauterine insemination is a process when washed sperm is injected into the uterus through a thin flexible catheter threaded through the cervix. The Whole process takes only a few minutes – involving the insertion of a speculum and then the catheter with sperm. Sometimes when the cervix is difficult to reach, a tenaculum/instrument is used and this may cause some discomfort.

Q : When is the best timing for an IUI?

Some doctors base timing of IUI on a natural LH surge where a single IUI at 36 hours is the norm, but doing them at 24 hours is also pretty common since ovulation may be a bit earlier. When two inseminations are planned, they are usually timed between 24 and 48 hours after the surge is detected.

Sometimes, ovulation is induced by giving hCG injection, especially in cases when fertility drugs are used. The IUIs are usually done between 24 and 48 hours after the hCG injection. Typical timing would be to have a single IUI at about 36 hours post-hCG, though some do it at 24 hours. If two IUIs are scheduled, they are usually spaced at least 12 hours apart between 24 and 48 hours after the hCG.

Q : What are the common fertility drugs used to induce ovulation for IUI?

A : Clomiphene citrate is the common oral drug used to induce ovulation. Dosage starts from 50 mg daily for 5 days from Day 6 to 9 of the menstrual cycle and if there is no ovulation, some doctors use incremental dosage up to 200 mg to get a better response.
Fertility hormones like follicular stimulating hormone (FSH) and human menopausal gonadotropins (HMG) are the common drugs used to induce ovulation. They come in the form of injections and are commonly used by fertility specialists. Patients on injectables require more stringent monitoring to avoid ovarian hyperstimulation syndrome, a complication that may require hospitalisation.

Q : What is the success rate for IUI?

A : Most articles in medical journals report success rates for IUI to be between 14 to 20% depending on the cause of infertility. Age of the women and sperm quality seemed to have a major influence on the success rates. Lower statistics are observed with one follicle development while multiple follicles resulted in a higher 26% success. Another influencing factor is the sperm count. Higher sperm count increase the odds of success, however, there was little difference between success with good-average counts and those with high counts. The overall success rate seems to be between 14-20% per cycle. The rate of multiple gestation pregnancies is 23-30% when fertility drugs are used.

A : Most women consider IUI to be fairly painless, very similar to having a pap smear. Some patients experienced cramps, but often what is felt is ovulation-related rather than from the IUI. Patients should not feel the catheter since the cervix is slightly opened during ovulation. A poorly timed IUI might cause more discomfort at the cervix.

A : Washed sperm normally live for 6-12 hours, but, sometimes as long as 24 to 48 hours. It should not be kept for too long. Thus, the timing for IUI is so important that it is advisable to do insemination within 3 hours.

Q : Is there a need for patients to lay down after the IUI?

A : Patients do not have to lay down because the cervix doesn’t remain open, but most doctors let patients lay down for 15-20 minutes after the procedure.

Q : Is there a need for patients to take it easy after the IUI?

A : Most people don’t need to, but if they have cramps or don’t feel well after the IUI, they should take it easy for a while. Some people reduce their aerobic activity and heavy lifting after the IUI in hopes it will increase the chance of implantation. It is more important to take it easy after IVF, as that is a more complicated process.

Q : How long before an IUI should the males abstain from intercourse/ejaculating and store up sperm?

A : This depends on individual patients, but is should be less than 72 hours since the last ejaculation in order to ensure the best motility and morphology. Where low sperm count is the reason for IUI, it is generally best to wait 48 hours between ejaculation and collecting sperm for the IUI. If there is no male factor involved, an abstinence of about 24 hours will suffice.

Q : How soon after IUI can patients have intercourse?

A : Usually patients can have intercourse anytime after an IUI. In fact, most doctors suggest having intercourse soon after the last IUI to help make sure that the ovulation is covered. Some doctors may suggest waiting 48 hours to resume relations if there is bleeding during the IUI or if a tenaculum instrument is used.

Q : Can the sperm fall out?

A : Once the sperm is injected into the uterus, it does not fall out. There can, however be an increased wetness after the procedure because of the catheter loosens mucus in the cervix and allows it to flow out. The wetness is due to the mucus rather than the sperm.

Q : Some patients feel wetter after the IUI – like the sperm is falling out.

A : A catheter loosens cervical mucus and lets it come out more easily. It is common to see more fertile mucus after an IUI for this reason.

Q : How long after an IUI can patients go swimming?

A : Since the vagina does not open unless someone pushes it, it is safe to swim shortly after the IUI. Since patients have invested time and money into getting pregnant, it is better to wait at least 48 hours after IUIs to go swimming.

Q : How many follicles should patients have to give them the best chance of getting pregnant?

A : According to different studies, 3-4 follicles gives one the best chance of getting pregnant, while more follicles beyond that simply increases the risk of multiple pregnancies.

Q : Does IUI make sense when there isn’t a sperm count problem?

A : IUI can help on Clomiphene citrate cycles where immunological factor or cervical mucus is a problem. WI increases the chance of success on injectable (fertility drugs given by injections) cycles no matter what the sperm count. Patients should be treated with IUI if they have been unsuccessful in getting pregnant with regular intercourse.

Q : How many IUIs should each patient try before moving on to IVF?

A : It depends on the age of the patient and what the patient can afford. IUI is considerably cheaper and younger patients would benefit from having more cycles. In general, patient may be given 4-6 IUIs on natural cycles, then similar number on Clomid before moving on to another few cycles on injectables. If they are not successful after four good ovulatory cycles on injectibles with well-timed IUI, it would be time to consider IVF.

A : An IUI should not be done at home because the sperm needs to be washed to prevent infection – i.e, separated from the semen. Patients should not attempt to do IUI or intra cervical insemination at home as getting semen or air into the uterus can cause physio-pathological complications.

Q : Is bleeding common after IUI?

A : It does not usually happen, but it is not uncommon. It is most common to have some bleeding if there are difficulties in reaching the cervix or when a tenaculum/instrument is used.

Q : Where is the sperm collection done?

A : Patients can collect the sperm sample at home and transport it to the clinic as soon as possible (if the journey is about an hour). The clinic can also provide patients with a room to collect the specimen.

Q : How long after IUI should implantation occur and when will patients know they have been successful?

A : Implantation generally takes place 5-10 days after a well-timed IUI. A positive pregnancy test performed after missing the period will indicate that the IUI treatment has been successful. Pregnancy test should be repeated after one week if the test is negative.