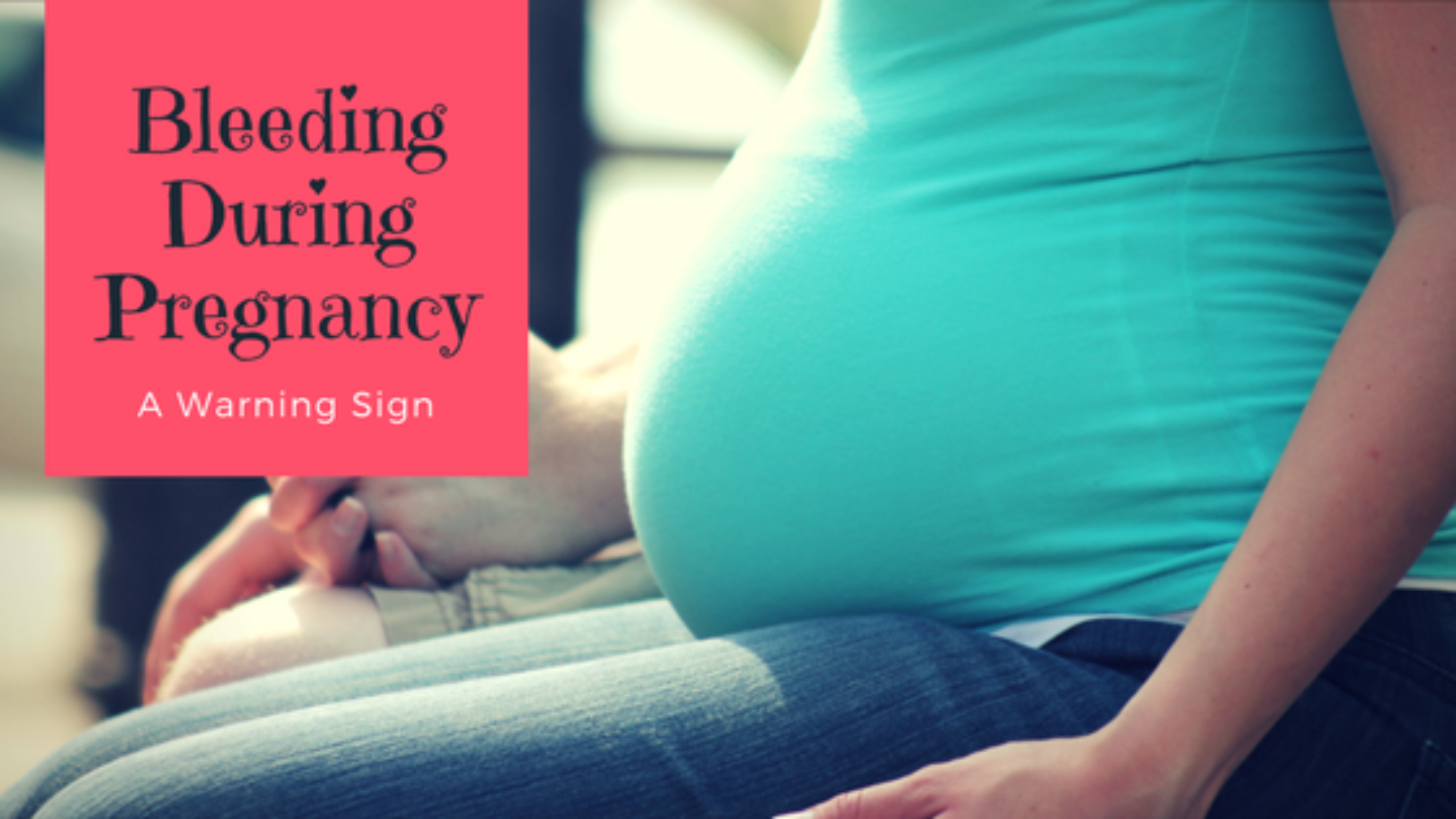 There are many causes of bleeding in pregnancy. Often slight bleeding will stop on its own, or the cause can easily be corrected. Sometimes, though, bleeding may become serious and may even cause shock from losing too much blood. You should call your doctor or seek medical advice as soon as you can if bleeding occurs.

What Happens in Pregnancy

Pregnancy occurs with the union of a sperm and an egg in the fallopian tube. After a few days, the fertilized egg becomes implanted in the wall of the uterus. In the first few weeks of pregnancy, the lining of the uterus (endometrium) becomes thickened with enlarged blood vessels in order to nourish the growing fetus.

After the egg implants in the uterus, the placenta, which is the connecting organ between mother and fetus, begins to grow. The placenta brings nourishment to the fetus and takes away waste.

At the beginning of pregnancy, a few women may have slight bleeding (spotting or staining). This happens when the fertilized egg first attaches itself to the lining of the uterus; it is called implantation bleeding. Some women may confuse this bleeding with a menstrual period. A pregnancy test can confirm early pregnancy. The most accurate tests are those performed in a hospital or clinical lab. Home pregnancy tests are available, but you should discuss the results with your doctor.

During the first 3 months of pregnancy, there is a possibility of miscarriage. Miscarriage is the spontaneous loss of the fetus and placenta. If pregnancy is not progressing normally, the lining of the uterus may start to break apart and slough off, and the pregnancy ends. The medical term for a miscarriage is spontaneous abortion.

Two signals tell you something is wrong and there is a chance of miscarriage:

Many women who have vaginal bleeding have little or no cramping. Sometimes the bleeding stops, and pregnancy goes on without increasing risks to mother or fetus. At other times the bleeding and cramping continue, becoming increasingly stronger, and a miscarriage occurs. In some ways, a miscarriage feels like a less intense version of labour. The pain is usually stronger than menstrual cramps. If the bleeding is heavier than a menstrual period the best thing to do is contact your doctor right away.

Sometimes a woman may have repeated miscarriages. If a woman has two or three miscarriages in a row, she should discuss with her doctor whether she has a problem that may be corrected. She may be advised to see another doctor with specialized skills in a certain area.

In an ectopic pregnancy, much of the bleeding is internal and may cause pain, weakness, fainting, and even shock.

Women who have had an infection in the fallopian tube (such as pelvic inflammatory disease) have an increased risk of ectopic pregnancy. If this applies to you, see your doctor promptly if you miss a period or have a positive pregnancy test.

Image Above: When the normal progress of the egg through the tube cannot occur, the egg may attach itself anywhere between the ovary and the uterine cavity. Sometimes the path of the egg is completely changed, and it may be found attached somewhere in the abdomen. Various sites of ectopic pregnancy are shown.

To evaluate bleeding problems in early pregnancy, your doctor performs a pelvic exam and may obtain a pregnancy test. Ultrasound may be used to help determine if the pregnancy is located outside the uterus or if a miscarriage has occurred or is about to occur.

The treatments for miscarriage and ectopic pregnancy are quite different and depend upon individual circumstances. An ectopic pregnancy usually requires immediate major surgery to remove the pregnancy from the tube. If there is doubt about whether the pregnancy is in the tube, laparoscopy, a procedure to look inside the lower abdomen with a telescope-like instrument, is sometimes performed first.

If some tissue remains inside the uterus after a miscarriage, bleeding often continues. If this happens, the tissue is removed by a surgical procedure called dilation and curettage (D&C). The procedure involves having the cervix (mouth of the uterus) dilated, or widened, and having tissue gently scraped or suctioned away from the lining of the uterus.

Most miscarriages cannot be prevented. It is often the body’s way of dealing with a pregnancy that, for some reason, was not developing normally. Having a miscarriage doesn’t usually mean that a woman can’t have more children or that anything is wrong with her health. There is no evidence that physical activity or sex causes miscarriage.

During the second half of pregnancy, any bleeding requires medical attention. The cause may be something minor such as “bloody show,” the passage of a blood-tinged mucus plug from the cervix that occurs just before or at the beginning of labour. Another common condition causing minimal bleeding is inflammation of the cervix. But bleeding can also be serious, posing a threat to the health of the woman or fetus. It may require admission to a hospital for more intensive care. Heavy vaginal bleeding usually involves a problem with the placenta. The two most common causes are abruptio placentae and placenta previa.

If the placenta, or afterbirth, becomes detached from the uterine wall before or during labour, vaginal bleeding may occur. Abdominal pain often goes along with this problem, whether there is obvious bleeding or not. When this condition occurs, the fetus can lose a significant supply of oxygen and nutrients, which can be dangerous.

When the placenta lies low in the uterus it partially or completely covers the cervix. Late in pregnancy, this can be the cause of vaginal bleeding. This is serious and requires prompt care. 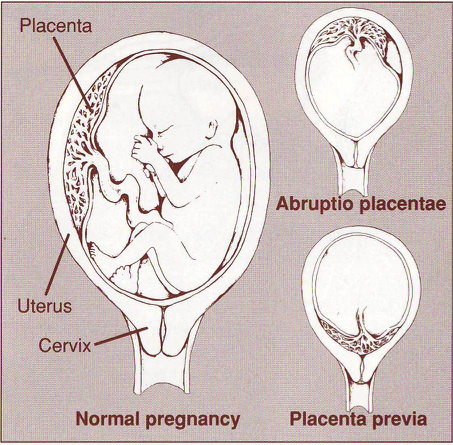 A woman who has significant bleeding in late pregnancy will probably be advised by her doctor to be admitted to the hospital to find the cause of the bleeding. Ultrasound may be recommended. On rare occasions, a woman may have to stay in the hospital for several weeks. Either of the conditions causing bleeding in late pregnancy may be serious enough to require early delivery of the baby, sometimes by cesarean birth.

Many women with bleeding in pregnancy are found to have minor conditions that need no treatment. At other times, bleeding can be the first sign of a serious problem. For this reason, it is very important that bleeding in pregnancy be reported to the doctor. A woman’s health and that of her unborn baby may depend on prompt and effective treatment.

If you notice signs of bleeding during pregnancy, please schedule an appointment to see Dr. Gan immediately.