Penang, Sat – The first set of triplets successfully conceived at the Gleneagles Medical Centre here through the in-vitro fertilisation method were shown to the Press by their proud parents today.

The couple, from Seberang Jaya, had been childless for six years.
When they were told by a family friend of the services offered by Melbourne Fertility Services (Penang) Sdn Bhd at Gleneagles last April, the couple decided to approach the hospital. The rest was history, for Anita soon conceived.

But little did they realise that they were to expect three babies.
Asked if they could cope with the three babies, Anita happily said:”We have no trouble doing so. Both my parents and in-laws are taking turns to care for them.”

The eldest, Atiquh weighed at 2.3kg, and while her brother, the second to be born, and her sister weighed 2.4kg and 1.4kg respectively. 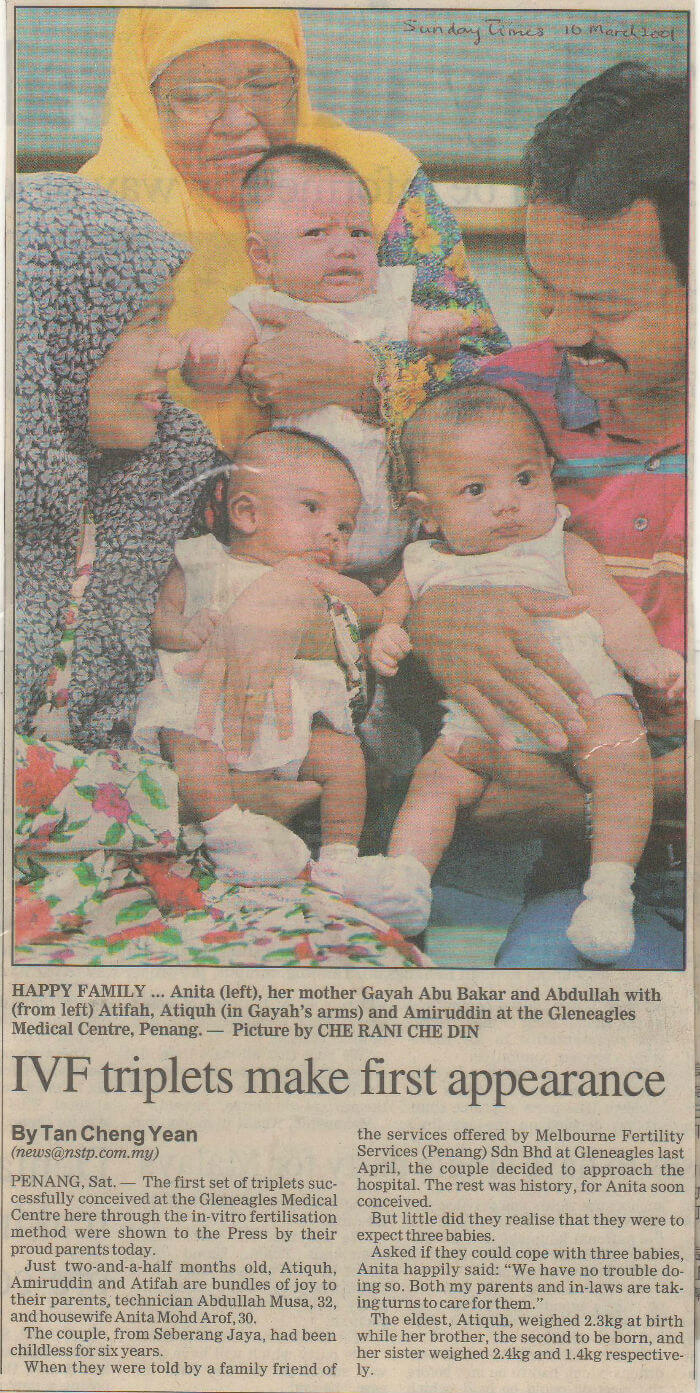